WHAT ATTRACTED YOU TO THIS PROJECT?
EOP was attracted by the opportunity to work with a collaborative client, and we wanted to help give new life to a high profile, underutilized piece of property in our hometown.

WHAT WAS YOUR RELATIONSHIP WITH THIS CLIENT?
Southland Christian Church is without doubt one of the best clients EOP has worked with. They were and are passionate about what they do and committed to doing it the right way (as is EOP).

HOW DID THE CLIENT’S FLEXIBILITY INFLUENCE THE DESIGN?
Southland wanted a facility that would help them attract people that might not otherwise attend church. So EOP’s history of pushing design boundaries within our community was a good fit.

THIS IS ONE OF THE ONLY ECCLESIASTICAL SPACES EOP HAS DESIGNED, HOW HAS THE PAST WORK YOU’VE DONE INFLUENCED THE WAY YOU THOUGHT ABOUT THE SPACE?
EOP purposely avoids specializing in design of particular building types. Our only specialty is quality design.

“Southland wanted a facility that would help them attract people that might not otherwise attend church.” 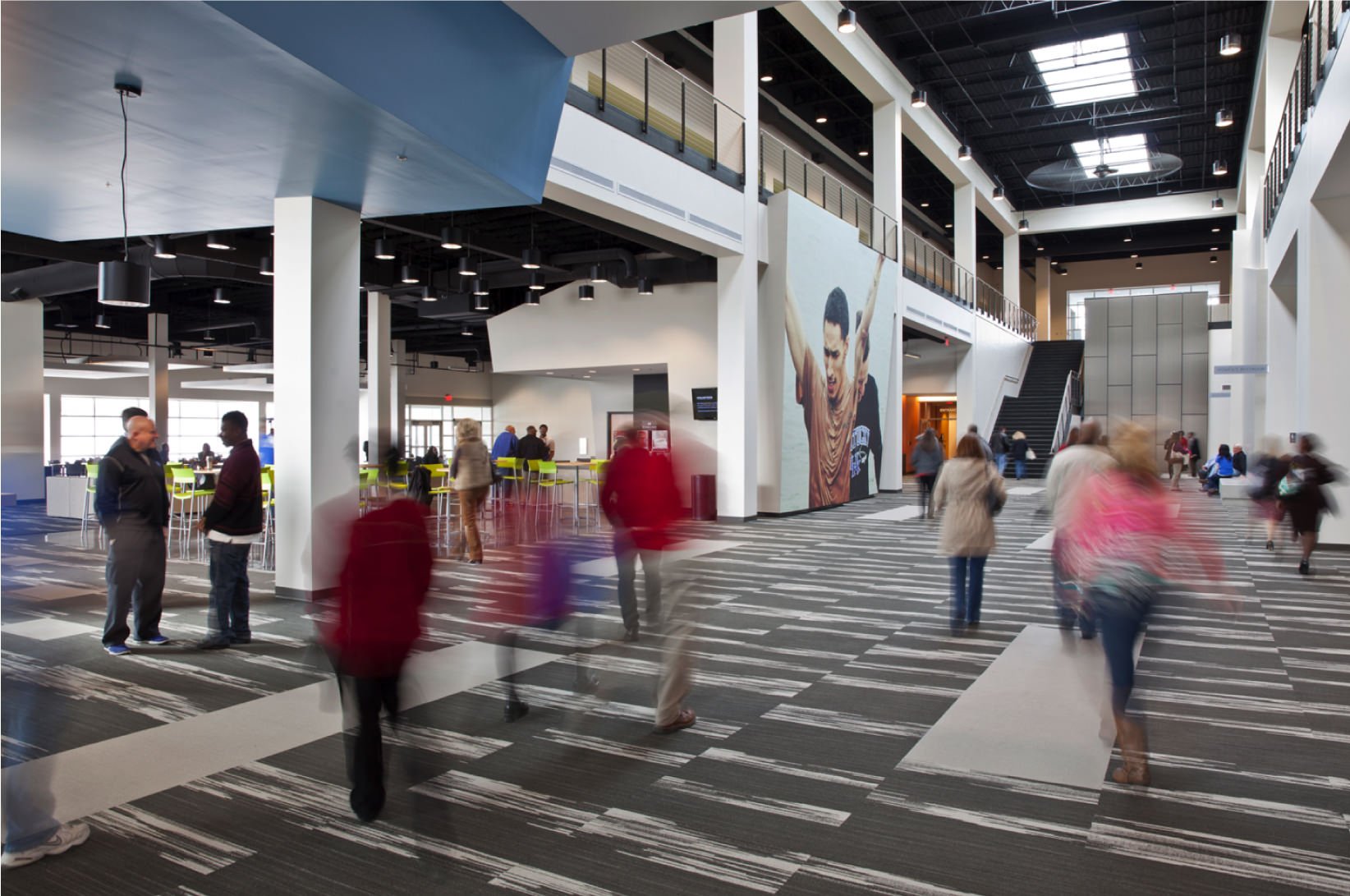 DESCRIBE THE ROLE OF SYMBOLISM IN THIS BUILDING’S DESIGN.
Symbolism is used in many ways, some rather obvious and others very subtle. The large metal panels on the front façade serves as a sunscreen for this south facing wall; however, the patterns in its form and the use of color changing LED lights makes this screen a contemporary expression of a stained glass window. The sloped columns at the front entrance became known to the design team as “the Forest.” The “trees” of this forest are sloped such that they cross each other and became our version of the Christian cross.

HOW IS THE FORMER RETAIL MALL INCORPORATED INTO THE NEW DESIGN?
A 140,000 sf two-story section of the mall was salvaged for reuse. The biggest challenge with this area was that it was a big box with almost no windows and very little natural light. A large internal “street” was created to connect the youth education area with the Worship Center. We opened up a large hole in the second floor slab and added four large skylights at the roof.

HOW DID YOU IMAGINE CONGREGANTS WOULD INTERACT WITH THIS SPACE? HOW HAS THAT PLAYED OUT?
With curiosity. One of our jobs as architects was to get people to come inside, once inside it is Southland’s job to keep them there. Most of all we wanted people to feel that this place could be a welcoming second home. I think Southland’s members have accepted it as such.

“I became aware of their genuine desire to pursue a transforming relationship with God.” 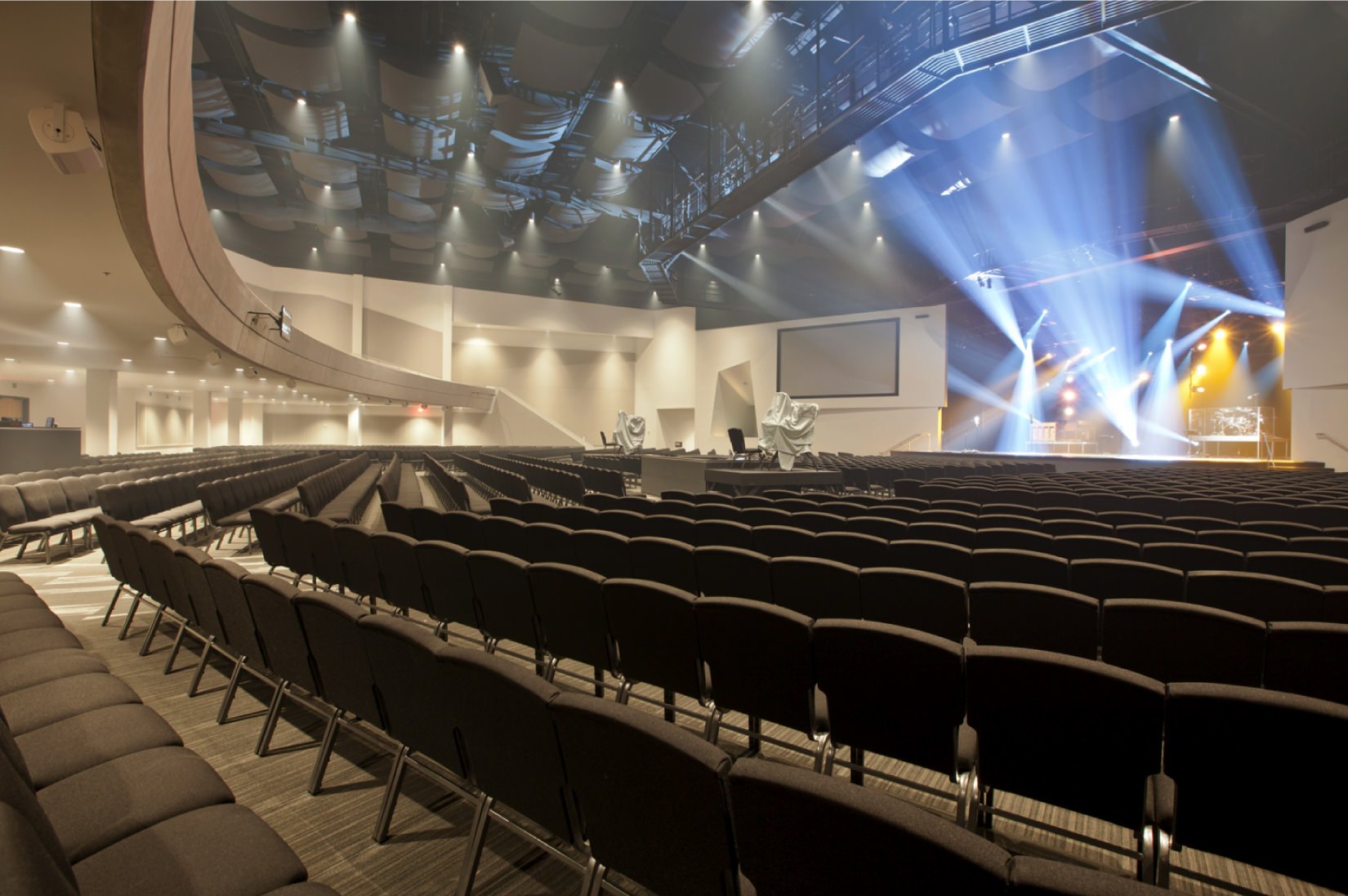 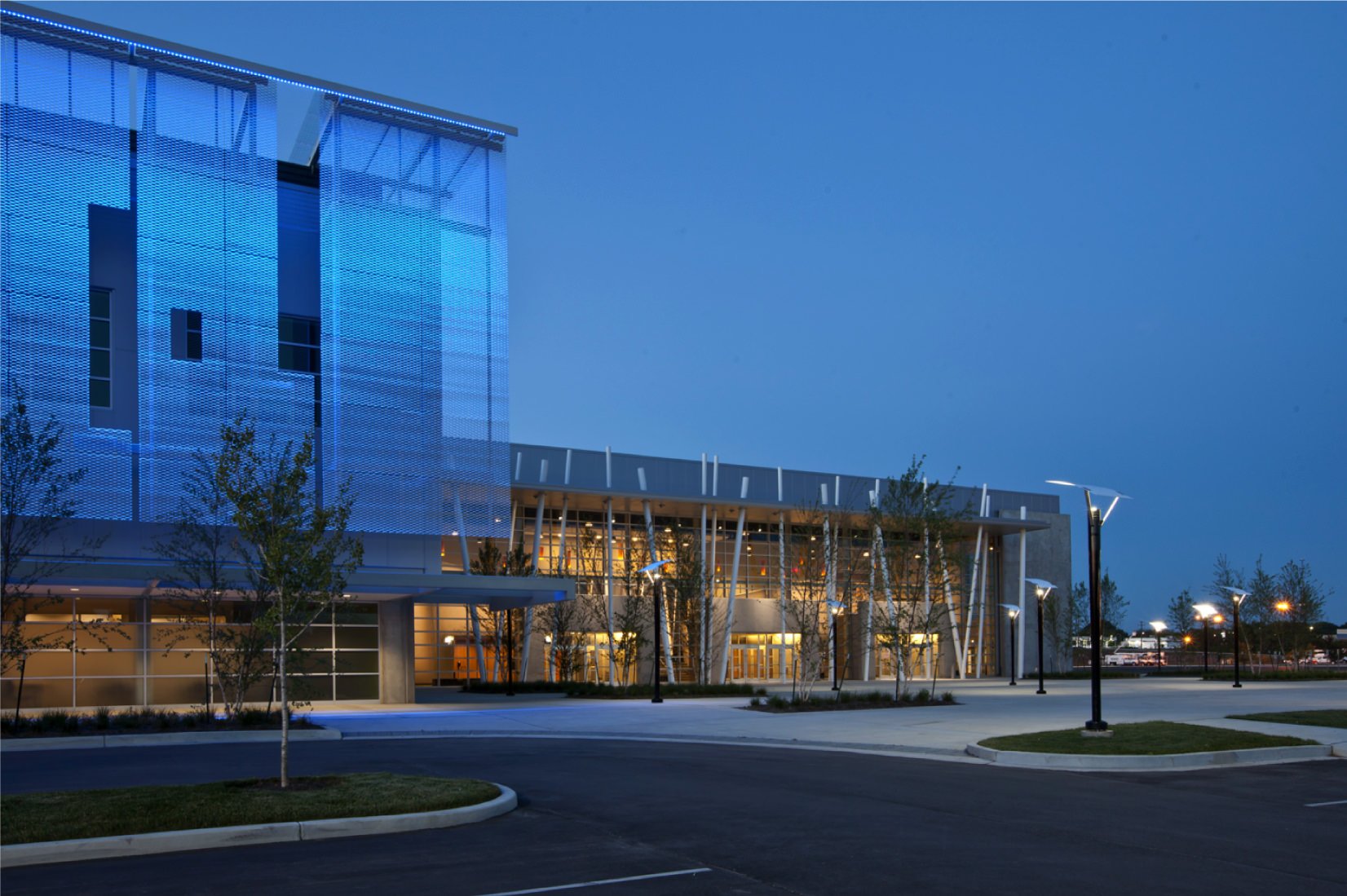