LOUISVILLE, September 29, 2015 — The design and renderings for the expansion of the Kentucky International Convention Center were unveiled today during an event attended by Governor Steve Beshear and Mayor Greg Fischer. The expansion and renovation project is set to begin in August 2016 with a completion date of Summer 2018.

Louisville’s EOP Architects, HOK’s Chicago office and Don Grinberg, FAIA, one of the country’s leading consultants on convention facilities, worked together to create the design. The expansion will increase contiguous exhibit space by more than a third, from 146,000 square feet to over 200,000 square feet and adds a 40,000+ square foot ballroom all within the existing footprint. 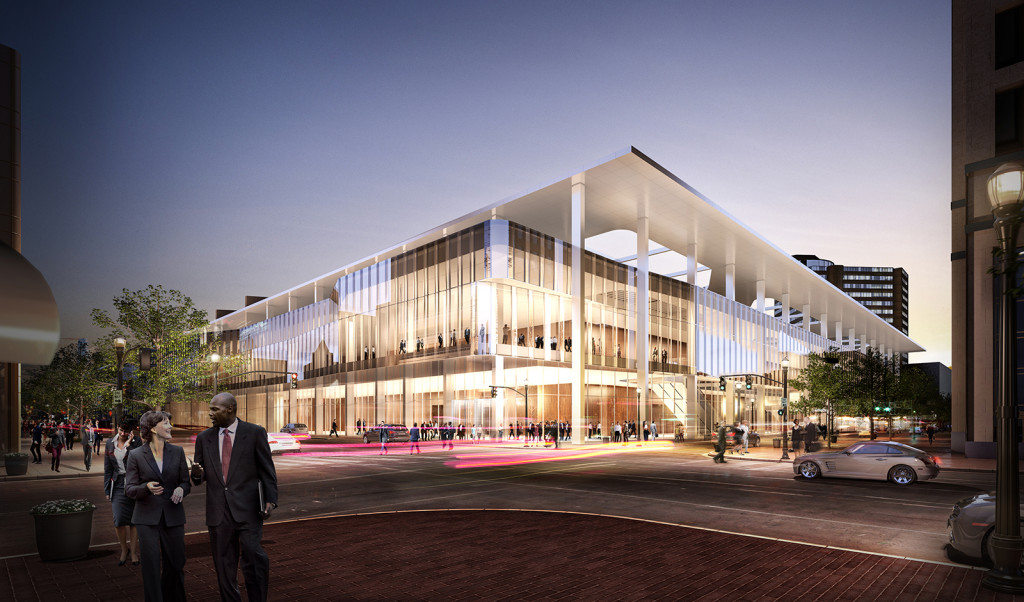 “The improvements for the Kentucky International Convention Center are very important to downtown Louisville and the many businesses that depend upon conventions in this city,” Gov. Steve Beshear said. “This work will result in an annual economic impact of more than $50 million and will help retain current business and attract new conventions to Kentucky. Tourism is a major industry in our state with an economic impact of $13.1 billion last year.” 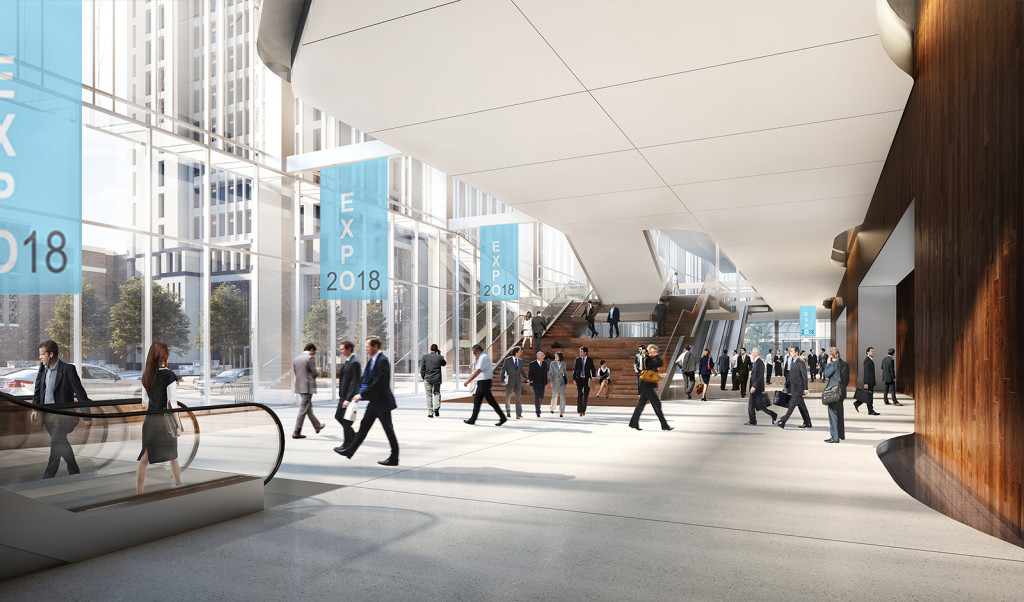 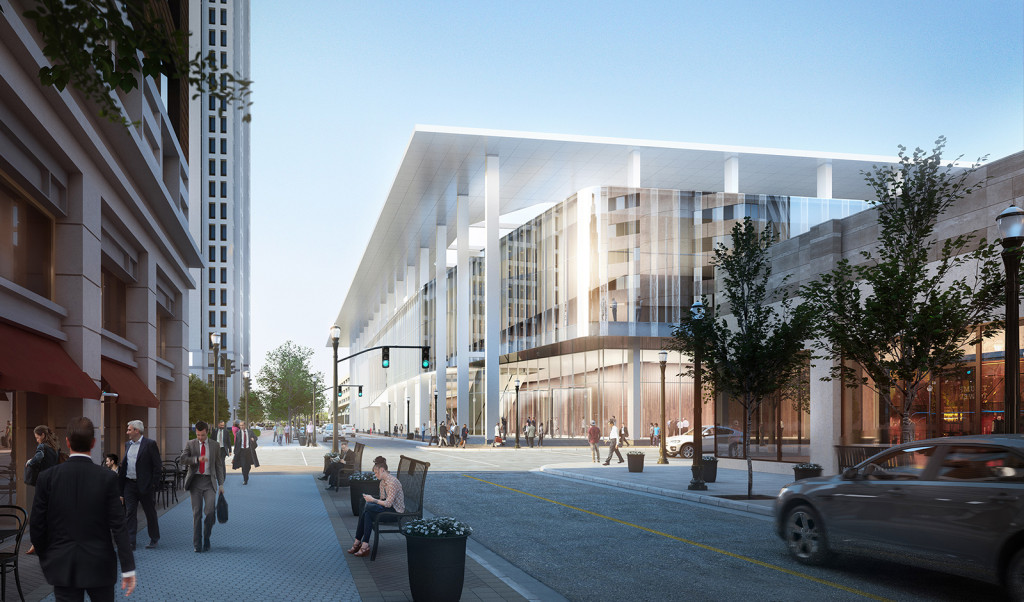 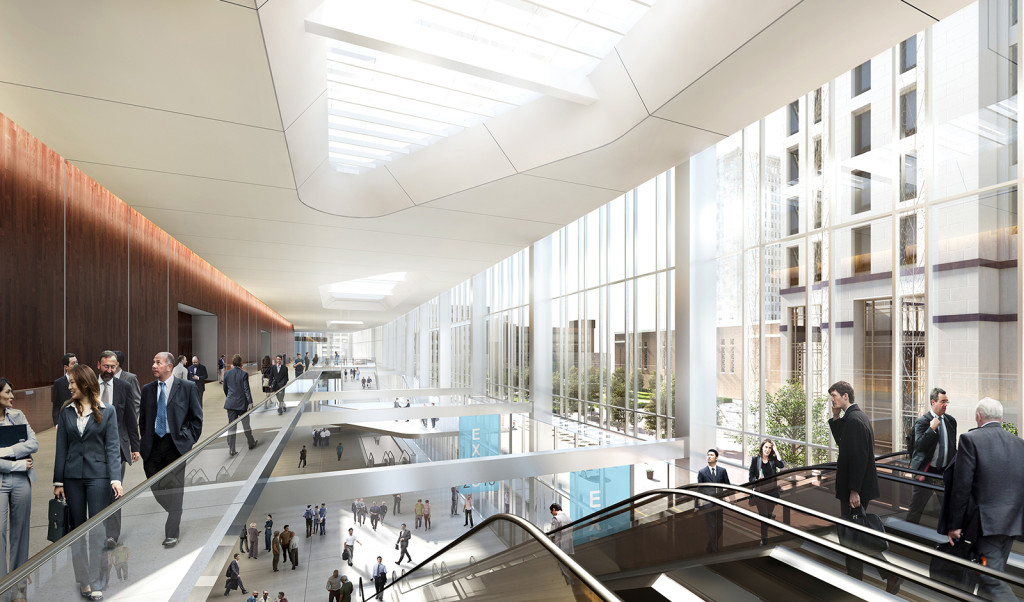