LOUISVILLE, Oct. 19, 2017 — The final steel beam was lifted into place today at downtown Louisville’s Kentucky International Convention Center, which is undergoing an expansion and renovation led by EOP Architects. The topping out ceremony was heavily attended by city and state leaders and featured Mayor Greg Fischer.

“The new center will allow the city to attract 25 percent more convention business and trade shows than it could with the previous convention center layout,” Fisher said. “Between the renovations, bourbon’s growing popularity and the billions of dollars worth of other economic development underway, there’s no way we can lose.” 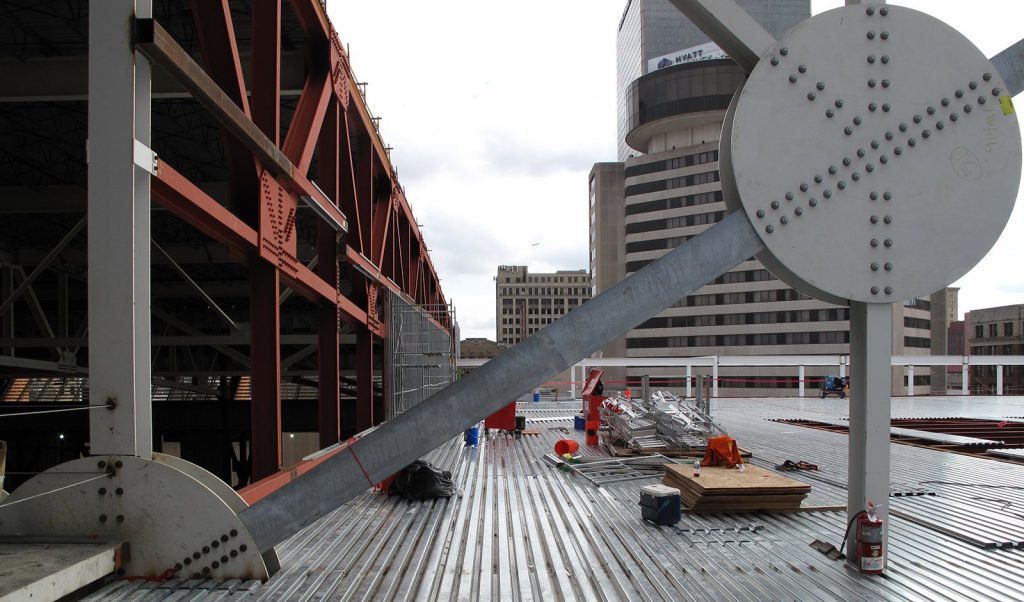 The expanded convention center will offer over 200,000 square feet of contiguous exhibit space, a 40,000-square-foot open ballroom with LED-colored walls, 52 meeting rooms, a 175-seat tiered theater and a kitchen with the capacity to serve 15,000 meals a day. Once complete, the building will qualify as LEED Silver certified, with an estimated 34% energy use savings.

The expansion and renovation has already attracted four conventions with well over $26 million in economic impact and could result in even more tourism business in the future, explains Karen Williams, president and CEO of the Louisville Convention & Visitors Bureau.