“Convention center design has evolved since the 1970s when the focus was on the indoor experience, which led to a fortresses effect that shut out natural light and separated visitors from the city they were visiting,” comments Project Principal Richard Polk, AIA, LEED AP. 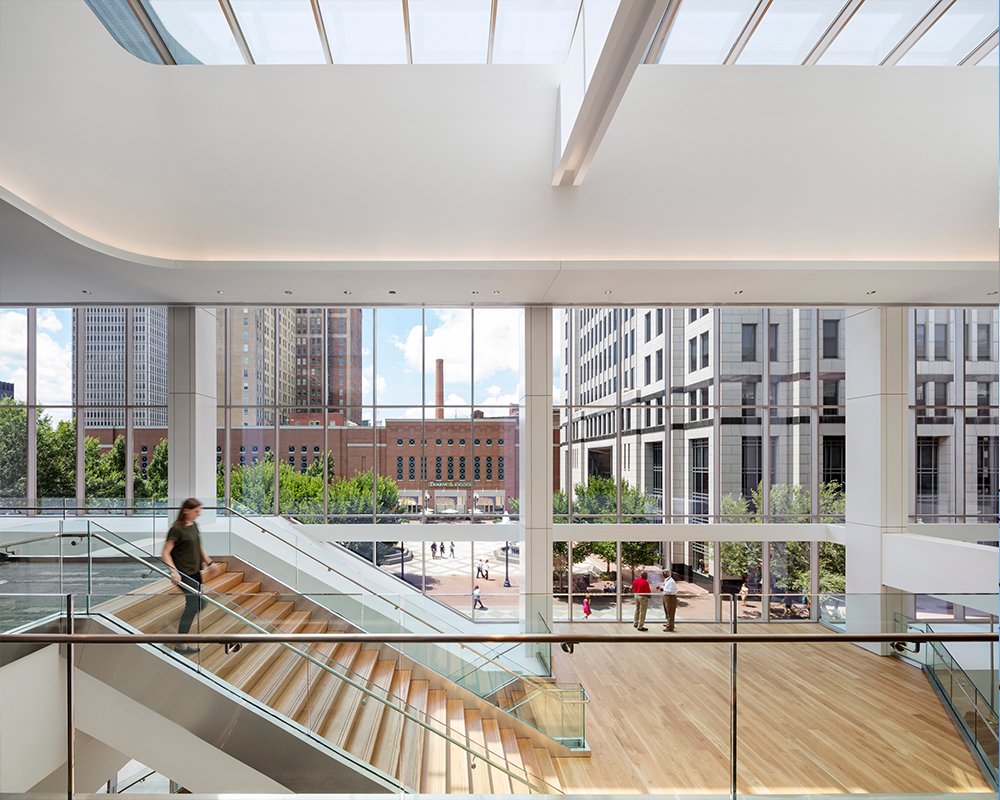 To better illustrate this evolution of convention center design, Polk developed workshops that show before-and-after photos that always produce “an audible gasp…. They couldn’t believe it had changed so much and become so transparent.”

KICC formerly had six major entrances; none resembling the main one. Today, pedestrian-heavy Fourth Street is the clear front door, with a canopy that lights up at night.

Polk continues: “Perhaps most important, the project came in on schedule and within budget.”

See all the awards here.