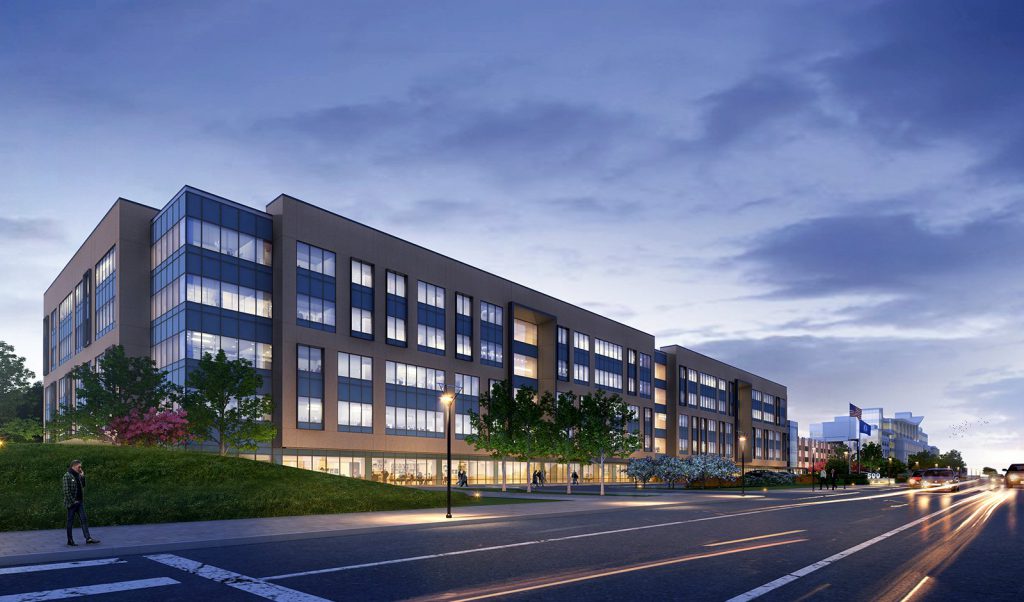 For many years Kentucky’s Finance and Administration Cabinet’s Department of Facilities and Support Services has advocated for a new building to replace the functionally obsolete Capital Plaza complex that is nearly 48 years old. Costly maintenance issues and cost overruns, along with potential safety issues, were thoroughly analyzed before the cabinet concluded the most effective solution is to demolish current structures and replace them with new energy-efficient and modern ones.

In early November 2017, CRM/DW Wilburn #2 LLC of Lexington was selected to design, finance, build and operate the new office building and parking structure. CRM Companies is developing and will operate the facilities and D.W. Wilburn, Inc. will build. This team also brought the Commonwealth its most recent government office building, The 300 Building.

The Capital Plaza Tower will live on, however: the marble from the tower’s lobby was salvaged and will be reused in the lobby of the new office building. And tons of debris from the demolition will be used for the pad on which the foundation of the new building will rest. For more information, click here.

Animation of the demolition and reconstruction: